skip to main | skip to sidebar

Happy Christmas to all and to all a good night! 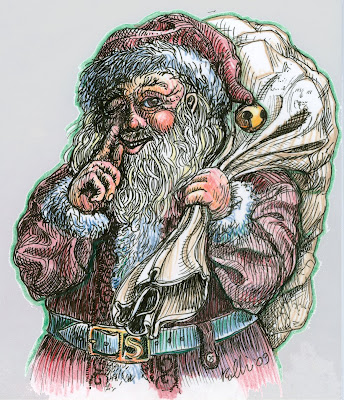 May it make you smile.

Bobby was a boy when it got lost. He didn't even make an effort to find it. It just left his mind and then left his life until Bobby had a boy of his own. He still hadn't found it, but he could see his boy had it. His boy had it in quantities he could share with any who wanted what it had to offer.

I keep having to say it because words fall short of any kind of exact description. Some would call it a belief in Santa Claus while others would call it Christmas magic. When I was a boy I called it wonderment, knowing full well that that only touched the part I could see. The part I could feel felt more like love and hot chocolate with marshmallows melting in a steamy mug. It felt like being warm in bed and watching window frost crystals melt at the tip of my finger. It was that place where opposites meet in harmony instead of conflict. It was indescribable joy unhindered by worry or guilt or shame. It was the paradox of pleasure in the joy of others.

Bobby had not only lost it but I'm sure that he couldn't even understand it when his boy bubbled over with it to the point that Bobby had to swat his behind to calm him down. When he did, a bit of it seemed to leave his boy's eyes. Bobby could see it leave and the departure of only a little it caused him to feel sad inside his own eyes. A small salty tear formed that was not big enough to run down his cheeks but it was big enough to run down his tear duct and into the back of his throat. The tear lodged there as a bitter reminder of what was lost of it in that moment with his son.

That night Bobby put up the Christmas tree, decorating the branches with glass orbs, twinkle lights and twisted glass icicles that he had hung on the tree when he was still a boy filled with it. Maybe it was the tear or maybe the memory of it in the sparkle of the icicle, but just for a moment, in the instant of a thought, Bobby remembered it. It so moved him that he got up from his labors and went into his boy's room.

The room was dark except for the Santa nightlight. There was his boy; eyes closed, head on his pillow; the nightlight gleaming in his hair. Bobby marveled at the glow of his boy's face and how peaceful he looked. As he bent to kiss his son's forehead he could smell the freshness of his son's hair mingled with the warmth of the fresh cotton pillowcase. Another tear came to his eye, sweeter than the first, and he remembered a little more of it all over again. And it made him smile.
Posted by Rollin Thomas at 1:12 PM No comments:

From my hopetogetitpublished book
from the chapter on
Story Structures

Have you tried the Action/reaction one below?

Here is another one. It is called Cumulative Structure or A Building Story. While it sometimes has an escalation--of sorts, it is one action followed by another action that is added to the first as a retelling refrain, and then another action with the first two actions retold at the end of the new action and this is repeated until the the story end comes when it all some how gets undone or reversed or merely repeated for the last time.

So this structure looks like this, A, B+A, C+B+A, D+C+B+A. and so on. I have only seen this structure done in true verse with end rhymes. It shows up in many songs.

The classic model is, "I Know an Old Lady Who Swallowed a Fly." This is so popular it has been recreated in 100's of books, audio recordings, and animations that have been made of the story.

That story is well known example but there are many others. Another well known one is the song/sometimes book/animation, "The Twelve Days of Christmas."

One of my recent favorites is "My Sister Ate One Hare” by Bill Grossman, illustrated by Kevin Hawkes. It is wonderful in the way Bill Grossman shifts the retelling refrain.

As you will note, they are not always about swallowing, but they are always about the process of collecting and the refrain of listing everything in the reverse order of the collection, a counting down of what has come before. There must be a theme of interest. It is fun as it builds and taxes the memory and makes so even pre-readers can join in the recitation of the story.

There is a fun offshoot of the structure that is found lists such as magical chants, or incantations, or advertising like "Two all beef patties, special sauce, lettuce and tomato on a sesame bun," or movie titles "In search of the wow wow wiggle waggle wazzie woodle woo," or like my childhood favorite from Disney's "Mary Poppins", "Supercalifragilisticexpialidocious." These fall under the same spell binding effect that captures imaginations and creates the silly challenge of learning it for fun. So they can be fun to insert into any story.

Give this structure a try, it is almost too easy. But there-in lies the challenge, make it worth reading and fun! The rules are above. Have fun.
Posted by Rollin Thomas at 11:28 PM No comments:

Labels: I know an old lady who swallowed a fly

From my hopetogetitpublished book
from the chapter on
Story Structures

There are several one part story structures that work for picture books especially as picture books take care of most of the show and the words need only tell. These are also not dependent on the well taught story arc. These are simple but very effective story types as in the first one which mimics how we all start telling stories.

Action/Reaction Structure. It goes from one event to another, from the last to the next, from it to another and so on, and so on, until the story comes to an end usually with a twist / end point. Or more visually it begins A to B, then B to C, C to D, D to E, etc until it is time to end with a twist.

These stories are often in a "Verse and Refrain" structure as well. this structure is found in many other structures and act like raisins in an oatmeal cookie, really nice but not needed, there are other structures like "Begending" or "Book Ends," which are like like the nuts in the cookie also help to make it tastier and richer.

A Verse and Refrain is just like it sounds, it does not have to be actual verse but rather a part of the story is told, say part A, which we will call Verse A and then a refrain is given. We will call if Z1. So the book reads A to B-Z1, B to C-Z1, C to D-z1 ... you get the idea. Often it ends with a twist in the refrain so it might be at the end, H to J-X1.

Begendings or Book Ends are stories that start in one place, take you other places but tend up right where they started. Almost all mono-myth stories work this way, but so do many others. This is a structure you can place on to the main structure of any story.

"Kitten's First Moon" by Kevin Henkes Has all three of the above structures. As it's base structure is the A to B, B to C, C to D,... Etc. Bit it also starts in one place, the porch, and ends back on the porch. It also has a refrain which subtlety changes near the end to foreshadow the end of the book. And it won a Caldecott for its marvelous pictures and its fulfilling story.

Try these structures for yourself and see how much fun they can be.
Posted by Rollin Thomas at 10:01 AM No comments:

Of things taken for granted 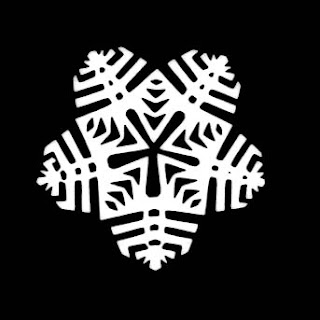 Have you ever wondered about how someone figured out how to make chocolate. Or how many people died to figure out which mushrooms to eat, or which shell fish were tastie, or what berries we could gobble down without thought of ill effects?

This past Thanksgiving with friends reminded me how grateful I am that those before me figured out that yams were good eating, and that everything tastes better with friends to share a meal with, and laugh, and wonder at the marvel of whipping cream.
Be well, create lots!
Posted by Rollin Thomas at 8:41 PM No comments: 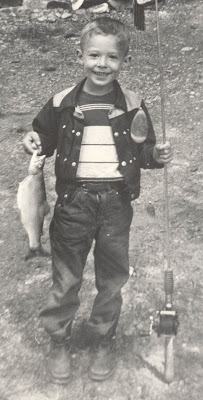 Every summer as a child, I went to Sullivan lake for a week or more with my grandparents. My grandfather loved to fish. I often went with him just to be on the lake but the rule was you could not be in the boat without running a line. this was my big catch.
Which reminds me of the fun Picture Book "A Fshing Surprise" by Rae A. McDonald and illustrted by Kathleen Kemly. This is a wonderful.
I plan to share books I love with those who read along.
Be well, create lots,
Rollin
Posted by Rollin Thomas at 7:50 AM No comments:

What it's started already? 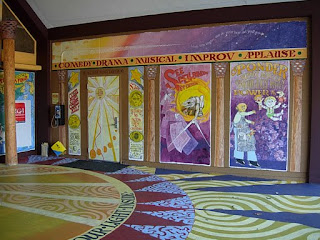 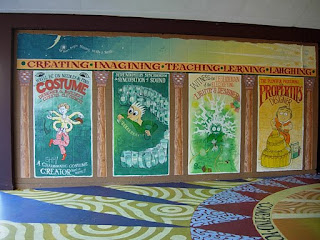 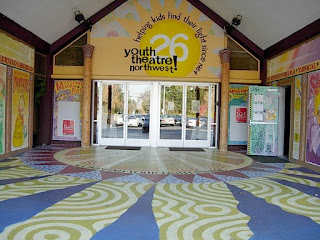 I finally got this fun mural project done for Youth Theater Northwest entrance. There is the before and above it are some after shots. 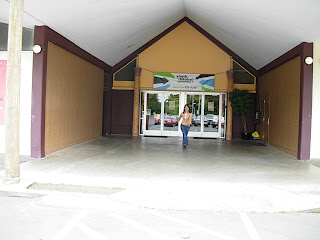 The idea was to have circus like posters of the creative people who work behind the scenes, costume designers and prop, and sound and well, you get the idea. they needed to be whimsical and silly but still show a little bit of what they do. Their students are preschool to 18 years old.

Rollin Thomas
I love to create and I love to help others create too. Like the photo of the little boy--me--I am still growing and catching new challenges like this blog.